After doing a Bibliographical Society of America webinar on manuscript mise-en-page (page layout), there were lots of interesting questions raised. For follow-ups, you can see a few things using the #BSALayout hashtag on Twitter, and the presentation itself is here: BSA Webinar Mise-en-Page. One of the more important of my scholarly sources for this presentation is "Where are the Prickings?" by L. W. Jones. It's is a must-read, published in the Transactions of the American Philological Society in 1944 (Volume 75, pp. 71-86). Written in the thick of World War II, many manuscripts were inaccessible (familiar much in a time of pandemic?) and plates had to be used by scholars who generally worked in the archives and repositories. Jones had this to say: 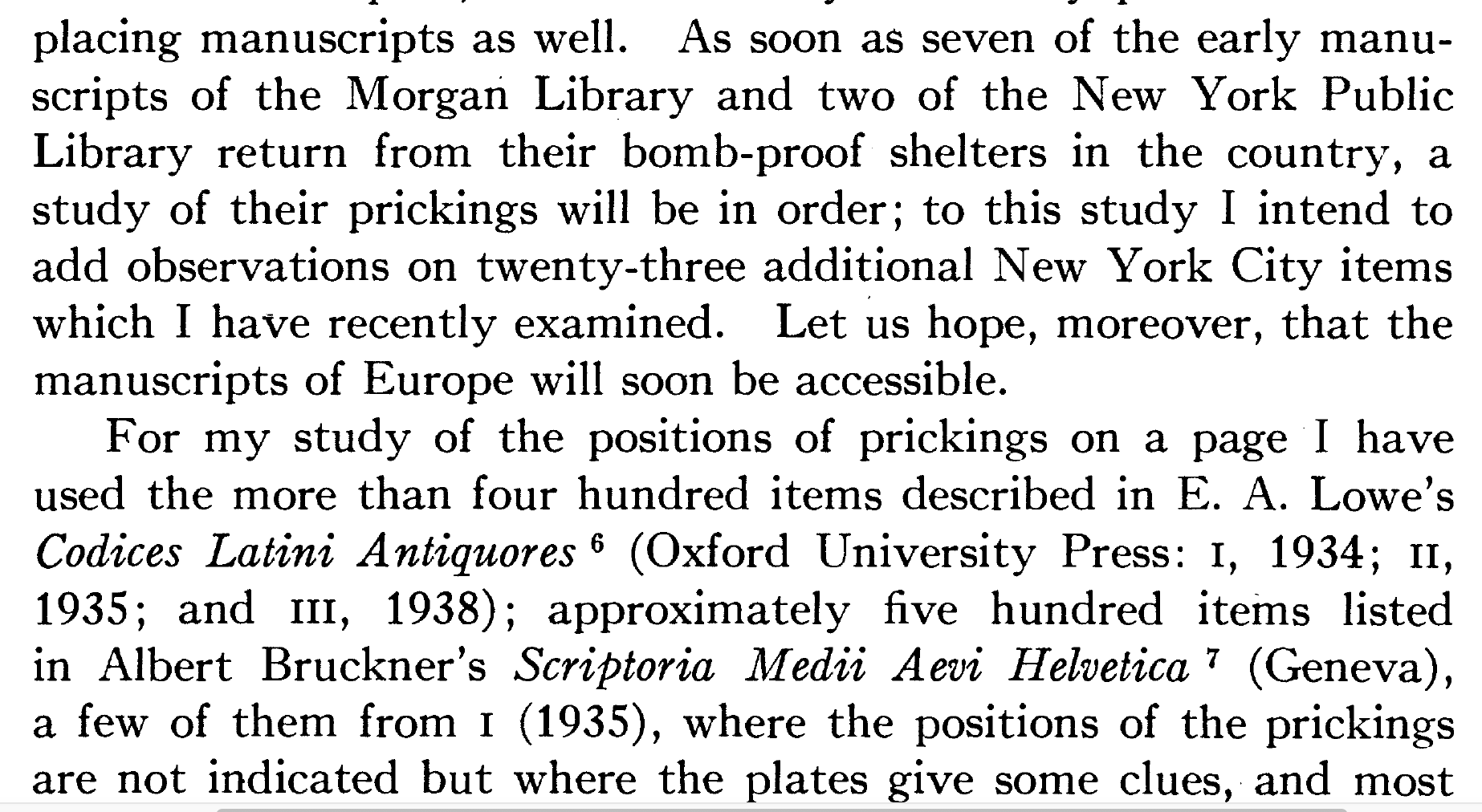 As in Britain during WWII, manuscripts were moved to places of relative safety: bunkers, caves, and bomb-proof shelters indeed. Andrew Prescott commented on the story of the tunnels constructed underneath the National Library of Wales in Aberystwyth in the second World War, details of which are given by Rhidian Griffiths in this video: Secrets of a War-Time Library

In these days of pandemic and state violence, it is currently impossible for researchers to get to see manuscripts, just as it was impossible for Jones. Rather than working with plates, though, now we have the incredible luxury--if we have access via a connected computer--of browsing manuscripts, often in full, online. What quickly becomes apparent from working with digitized materials is the more limited vision of scholars in previous decades. Many had no option but to work remotely and depend on the selection of plates available in major publications. So, Codices Latini Antiquiores (by E. A. Lowe, and for more on which, see ELMSS) with its plates of early manuscripts or the volumes of the New Palaeographical Society were singularly important. And whole narratives were formed on the basis of this available evidence--narratives that are still very much in place now: about the evolution of script, or the modes of preparation of the manuscript page. But now we have hundreds of thousands of whole manuscripts, millions of individual folios, to explore and evaluate. As such, it will become clearer as research continues that some of the accepted histories of manuscript production are not quite right. 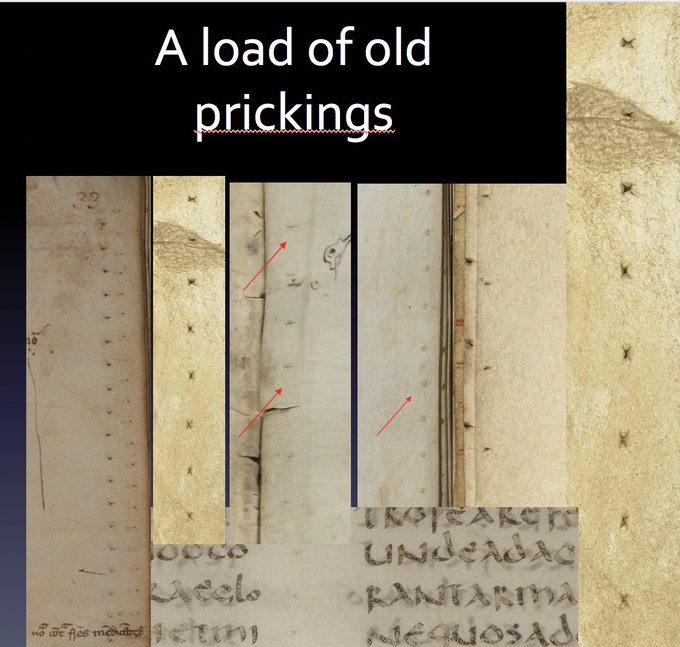 The field of manuscript studies will certainly change, then; grand narratives will be overturned, as we're able to see that while certain parts of a MS adhere to a particular layout, or have specific prickings patterns, this may not be true of the whole codex as it exists online. Our work is so profoundly transformed and facilitated by digitizers. It is important then to say thank you to digital repositories, to digitizers, & data wranglers. It is also time to request that given what e-research can accomplish, libraries, archives, galleries, and museums, in consultation with users, should seek to STANDARDIZE THE METADATA to make it discoverable. This will allow researchers of all kinds to build on predecessors' work to make scholarship more usable and to encourage new generations of interested students to engage in bringing more manuscripts and archives to life.

Posted by Elaine Treharne at 2:24 PM No comments: